Luv my usmooth products. Thumbs up the best I have ever tried,

my favorite brand by far and my go too! bit pricey but it's so worth it (:

I love USMOOTH products and would give the product itself 5 stars; however, there were problems with my order. 1. I received a tracking email saying my order was delivered but I didn't receive. I saw in tracking that it was delivered to someone's porch in OKC, OK. I live in Texas. Attempted to call the number listed for USMOOTH and was told it was not the correct number....the receptionist asked me to hold and found, after looking for the USMOOTH number, that it was in fact the number I'd dialed. Was told someone would call me back but a package was delivered to my home before I received a call. AND, more importantly, 2. I ordered Cleanse but received Condition. I never got Cleanse, gave up and purchased a shampoo locally. 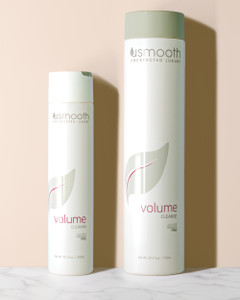